If I could time hop and bring back someone from the past to wax philosophical, I'd bring back good ole Winston. Winnie here was good at rallying up the troops and boosting morale. He was an eloquent orator who filled his speeches with inventive word play, alliteration, vivid imagery and metaphors.

Imagine if you will, prior to tomorrow's NBA finals between the Cleveland Crybabies and the Golden State Warriors, Winston deliver's this speech in regards to the recent terror attacks in Orlando:

You ask, what is our policy? I say it is to wage war by land, sea, and air. War with all our might and with all the strength God has given us, and to wage war against a monstrous tyranny never surpassed in the dark and lamentable catalogue of human crime. That is policy.

You ask, what is our aim? I can answer with one word. It is victory. Victory  at all costs- victory in spite of all terrors - victory, however long and hard and the road may be, for with out victory there is no survival......

.......I take up my task in buoyancy and hope. I feel sure that our cause will not be suffered to fail among men. I feel entitled in this juncture, at this time, to claim the aid of all and to say, 'Come then, let us go forward together with our united strength." 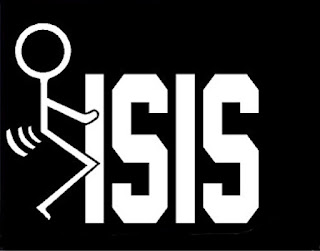