Lightweight Shade or are they Beefin' ???

KFBK's 3 o'clock on air personality John McGinness blasted the Sacramento Bee for failing to print an article about the 6 year anniversary of the Arden standoff . Ed Fletcher had said that it is going to be in the paper but it had missed the print deadline. John McGinness posted on his website:

"Is it because they have taken issue with current Sheriff Scott Jones for endorsing Donald Trump and running against Democrat Ami Bera for the District 7 congressional seat?"

Like really? This is some serious drama, folks. Ed Fletcher even called in to defend the Sac Bee, but man it was just an awkward 60 seconds of politely disagreeing on air. I could feel that both parties were passionate on their stance. If I could've had them on a celebrity boxing match I would've posted up with my popcorn and paid to see it. This could be bigger than Meek Mill vs. Drake, Kanye vs. Amber Rose, Tyga vs. Mia Isabella (google it)! 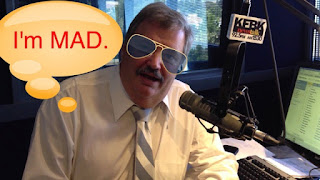 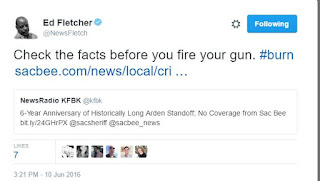 So I can't wait for what kinda news fight ensues. But, I'll be listening...with popcorn in tow.

And shout out to this lovely miss Tyler Foggatt for her excellent coverage of our local hero Deputy Orrlando Mayes.