After the American Revolution, the colonists absorbed three varieties of Republicanism. The first definition was modeled after the ancient history, societal and political view of Greece and Rome. The theory was that Republics could only prosper if they were small in size as well as population. Bastions of integrity and moral fortitude was the standard. Citizens were expected to self sacrifice for the good of all and leaders did not lead for person or financial gain. For exhibiting this homogenous thought, citizens were offered an abundance of opportunity based on equality and fairness. There would be no nobility or aristocracy. Rank or social standing would be based on merit and not wealth or familial blood lines. The only “natural aristocracy” acknowledged would be industrious and honorable men who rose through the ranks through due to talent and virtue regardless of humble beginnings.

The second definition of Republicanism that was also incorporated into the new republic concentrated more on the economic side of political theory. The proponents of this version of Republicanism were mostly elites and skilled craftsmen. A Scottish political and economic theorist by the name of Adam Smith posited that the Republic should emphasize the pursuit of rational self interest. His theory was evidenced by the massive profits the Americans made during war time by selling supplies to the Army. As in today’s political climate, nations could financially benefit from aggressive economic expansion. Alexander Hamilton subscribed to this theory as he believed that as an individual prospered so did his society. An individual prospered economically through the pursuit of personal self interest and not through self sacrifice for the communal good.

The third definition of Republicanism yielded a more democratic and egalitarian view. The advocators were less influential members of society. Many were illiterate and uneducated. One supporter was Thomas Paine who believed that democracy could be attained by widening its reaches and including the less prominent and allowing all citizens to have a say in government. Government should address the needs of the ordinary people. This theory emphasized equality and that the idea of sublimation and deferment of the “lesser” to the “better” was preposterous. There were no lesser or better people. All people were equal thus this group was defined as more democratic as in the contemporary definition. All people regardless of education, wealth, or upbringing had the ability to be virtuous with a high moral compass to do the right thing. These defining characteristics were not only applicable to the wealthy aristocrats.

All advocates of the three republicanism definitions believed that the new republic was more virtuous and less corrupt than Britain and Europe. Educating women became a priority in this new society because all believed that if a woman was educated her children would be educated as well. Since at the time gender roles were clearly defined, it was a woman’s responsibility of the upbringing of the children. The bar would be set higher if women were also educated as men and thus education toward women was no longer frowned upon. The education of women was advocated. The early republic was considered a white enterprise because the very virtues and moral standards that the republic was based on exclusively benefitted the white male. The generational prosperity of the white population would not have been conceivable without the oppression and subjugation of the Native American and African American people. The monumentous gains made pre American Revolution and post American Revolution are incalculable and are only direct correlation to the genocide and slavery of Native American and African Americans. The colonists profited off of the backs of the indigenous people as well as the many slaves that were captured and purchased abroad. The byproduct of slavery was profit for the newborn nation. The stolen labor force yielded high economic value when producing cotton and tilling land and being permanent indentured servants with no option for freedom. The lack of humanity of that time for expansion and economic growth of a country is what shaped racism today. Generations of people believing that other people are less than based on the color of their skin has not been erased. It’s been over 400 years since slavery and American is still suffering from his lasting ramifications. 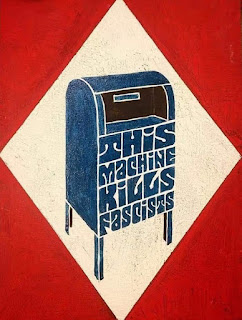