Definition of the Case Study

Schizophrenia is a mental disorder characterized by many symptoms that are different combinations involving feelings thoughts, actions, and relations with the surrounding world. As a consequence of these symptoms, the schizophrenic adopts a way of living that differs from prevailing in the society of which he is a part. The patient often confuses fantasy with reality to live in a private world.

The schizophrenic often entertains false beliefs or delusions. The patient may think that he is the victim of persecutors. He may also have perpetual experiences without appropriate external stimulations. For instance, he has hallucinations of hearing voices although nobody is talking to him, or he perceives apparitions without a corresponding external object. Although etiologically, the term schizophrenia means a division or splitting between the different parts of the psyche, the term as used by psychiatrist is not mean split personality.

Schizophrenia is the most common in mental illnesses. The disorder affects approximately 1% of the population. Schizophrenia occurs in both men and women equally, it tends to affect men earlier, usually by late puberty to the early 20s. Women are more often affected in the late 20s to early 30s. Childhood schizophrenia is uncommon and rare. Albeit, some people who later develop schizophrenia may have appeared different from other children, the schizophrenia symptoms are in common.

Signs of schizophrenia generally divided into three categories: positive, disorganized and negative symptoms. Delusions and hallucinations or positive symptoms. Hallucinations are altered perceptions. They can occur without any outside factors. There are numerous methods to experience a hallucinations; however, the most common are auditory: the ailment of hearing voices that no one else can hear. Delusions are a false state of reality. These delusions may take on different forms. A common theme amongst patients is paranoia. Patients may believe that they are being persecuted, harassed, and or conspired against. Another instance could be a false sense of self, or delusions of grandeur. They may truly believe that they are of high stature and is an important figure in society. These delusions may be quite eccentric. The patient may actually believe that they are being spied upon and that they are being controlled by magnetic waves.

The negative symptoms of schizophrenia or catatonic behavior, lack of emotional response, decline in speech, and also avolition. The catatonic type is characterized by unusual motor behavior. The patient may be in a state of immobility and assume statuesque positions. Occasionally, states of immobility are interrupted by unpredictable periods of excitement.

Prodromal, active, and residual are the three stages of schizophrenia. During the prodromal stage, negative symptoms such as catatonic behavior, lack of emotion and disorganized symptoms of impoverished thought and incoherence manifest. The prodromal period varies from days to months before the onset of the illness begins.

The residual phase is the period in which the positive symptoms may be less ardent; however, at this point the negative symptoms may worsen. It is possible to regain social employment skills; however, being able to fully function in society independently may still be a challenge. It is at this stage in which medication is implemented to manage any relapse or outburst of the disease.

There are numerous benefits of schizophrenic patients who receive care in a nursing facility. The responsibility in nursing care while dealing with the schizophrenic patient requires dedication and empathy. The objective is treating each patient as an individual. The patient is treated to develop self-respect by providing some level responsibility and to provide self motivation for behavioral improvement. For those who suffer from the acute stage of the disease, if left untreated and unmanaged, many patients often will inflict self harm, which is why a high percentage commits suicide. Being in a safe environment with a consistent regiment will enable the patient to diminish irrational thinking and feel comfortable and inviolable.

While there is no cure for schizophrenia, it is a highly treatable disorder. Medication appears to improve a long-term prognosis for many people with schizophrenia. Studies show that after 10 years of treatment, 1/4 have improved considerably, and 1/4 have improved modestly. 15% have not improved and 10% or dead. Antipsychotic drugs are using a treatment of schizophrenia. These treatments help relieve the delusions and hallucinations, and thinking problems associated with this devastating disorder. Scientists believe the drugs work by correcting imbalances in the chemicals that help brain cells communicate with one another. As with drug treatments for other physical illnesses, many patients with severe mental illnesses may try several different antipsychotic medications before they find the one, or combination of medications, that works best for them.

Rehabilitation includes a variety of non-medical interventions for those of schizophrenia. Rehabilitation programs emphasize social and vocational training to help patients and former patients overcome difficulties in these areas. Programs may include counseling, job training, problem-solving and money management skills, and social skills training. These approaches are important for the success of the community centered treatment of schizophrenia because they provide discharge patience with skills needed to lead productive lives outside the sheltered confines of a mental hospital.

In summary, a specific cause is not implicated, and multiple genetic and environmental factors may be relevant to the cause of schizophrenia. These causal factors interact, in an unknown way, to produce abnormal fetal development and or chemical imbalances. It is not certain whether this early developmental deviation is necessary and or sufficient to be the cause of schizophrenia; however, it may leave an individual susceptible to the disorder. To understand schizophrenia, future research needs to concentrate on furthering the understanding of brain development in maturation. Hopefully, this knowledge will enable the mechanisms involved in subnormal neurodevelopment to be understood. Studies are needed to define the trigger which causes the development of psychotic symptoms and explain how and why the disease remains latent for 20 to 30 years. Another area warranting further study is the interactions between the genes and environmental factors associated with development of schizophrenia.

Anthony, William A. Recovery from mental illness: The guiding vision of the mental health service system in the 1990s. Psychosocial Rehabilitation Journal, Volume. 16, No 4, p. 11-23 (1993). 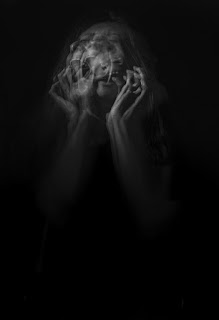 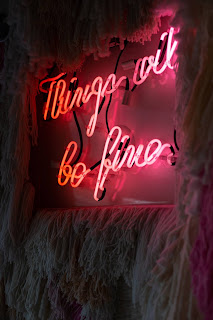